I often wonder what it takes to dedicate your life in a physical and emotionally challenging sport like boxing. When I think of the goring pains and the sacrifices one needs to take to compete in the sport, it really humbles me, and for that I would like to emphasize that we should always respect them fighters. Boxing is absolutely not the sport one gets into for the mere fact of enjoyment, It definitely takes more than the ambition to entertain people to be a great fighter. There is a proven path indeed that many great boxers had to fight for a reason, be it standing up to the bullies in the hood streets or fighting for bread pennies, bottom line you do it for your own selfish reasons if not your father’s (now you know why there are many jr’s in the sport).

Fight fans, I cannot explain the love and passion I have for the sport of boxing, a friend of mine once told me the glow in my eyes better explains the love I have for the sweet science, and I suppose it does it better than the words I may speak or write in a piece of article like I am doing now.

I must say, It is an absolute honor for me to present to you one of the greatest boxers to ever come from South Africa, specifically in Mdantsane in the Eastern Cape. 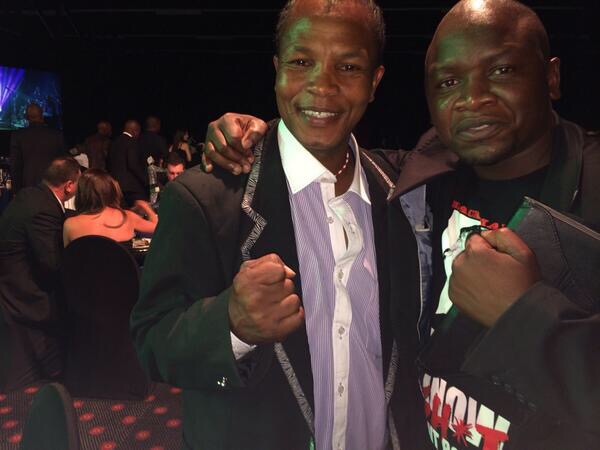 Welcome “The Hawk” Ncita is one gentlemen I know whom had what it takes to be the very first fighter to ever win the world championship title from emaXhoseni. That is when he out boxed Fabrice Benichou for the IBF World Super Bantamweight Title in Hilton Hotel, Tel Aviv on year 1993, on the 3rd day of October.

Welcome Ncita’s accomplishment of the title was no surprise to the boxing world, more especially in the Eastern Province of South Africa. The skinny kid who originally had crazy love of the football game was somehow directed to the fighting game by his older brother whom was a good fighter of his own right Mzwandile Ncita. Mzwandile would bring the boxing gloves at home and ask his young brother to dish with other kids just for the fun of it, and that is when the legend was born. Welcome Ncita told me in those days they sometimes used the plastic milk containers as boxing gloves, squash the edges to avoid cuts and box each other’s ears off like nobody’s business.

Before everyone know, for the very first time in the official amateur fight he was matched with the great Mveleli Luzipho, another amazing fighter from the Xhosa land. Mveleli was already the favorite at the time they met, he had significant following because of his extra ordinary talents. For some reason the match makers felt the new kid who did not care much about the sport had what it take to at least give Mveleli two rounds, and he did more than that. He challenged Mveleli for the whole contest to the level that the fight resulted to a draw. And that is when everyone in Mdantsane realized that he had something bigger in him, little did they know he was their very first world champion to come.

From that day he was given the boxing ring name “GOLDEN TIGER” and all the great boxing ambassadors of the Eastern Cape gave the kid the attention he deserved, and Mzi Mnguni, one of the most successful trainer/manager was among those that realized he was no ordinary fighter, but the champion in making. Bra Mzi would end up being part of Welcome Ncita’s success as he was his trainer manager to his world title shot.

Welcome Ncita’s boxing abilities gave boxing world the new flavour, he had a very different style he inherited from the combination of the local fighters like Nkosana “Happy Boy” Mgxaji, Guy Ratazayo and international champions like Aaron Pryor and Sugar Ray Leonard. He was so pleasing to watch because he did not only rely in other people’s fighting styles, he introduced his own, the work ethic, speed and movement down below in his feet made him look unique. Later on the Champ hanged them up, after the professional career life span of 15 years, he took on a new journey to be the teacher, he trained the fighters. Oh a good one he became.

He produced great local fighters and to name only a few, Lunga Ntontela, Gabula Vabaza and McButi Sinyabi are among the SA Champion fighters he trained. Excellent fighters that demonstrated excellent foundations of boxing fundamentals, boxers that had all the basic requirements to defend and to attack their opponents. Welcome’s success in training boxers has been due to the fact that he is flexible in working with different styles, he embraces the change and he always have ways to adopt and make the partnership work. Compare the aggressive style of Lunga “Mad Dog” Ntontela with the style of the crafty and clever former SA champ Gabula Vabaza, its chalk and cheese but yet he was very successful in both those fighters.

Ladies and Gentlemen Maliboxing is proud to introduce to you the interview of the former,

Listen to the champion’s interview sharing with us all his upbringing before he became the Border Flyweight Champion on 1985. Welcome give the detailed analysis of his fights with legendary Johannes Joe Miya from Port Elizabeth. He even share the most critical days of his career when he trained in America in Lou Duva Gym with legendary fighters such as Pernell Whitaker (did you know he had a sparring with him, he did and It is in the interview too) and Orlando Canizalez.

The champ talks about his battles with Kennedy McKinney as well, he reflects on his mental state when he went against him in their first fight that took place in Italy on 1992, he shares the controversy that happened in his corner between round 10 and 11 before he was stopped 4 seconds before the round was over by the vicious right hand from the American. More is in the interview, ENJOY.

5 thoughts on “Welcome “The Hawk” Ncita”